The Yarra River, originally Birrarung, is a river in east-central Victoria, Australia. The lower stretches of the river is where the city of Melbourne was established in 1835 and today Greater Melbourne dominates and influences the landscape of its lower reaches. From its source in the Yarra Ranges, it flows 242 km west through the Yarra Valley which opens out into plains as it winds its way through Greater Melbourne before emptying into Hobsons Bay in northernmost Port Phillip.

Despite the appearance of the photo, this shot is not taken out in the country, it is right smack in the middle of metropolitan Melbourne, about 3 km east of the city centre. We are so lucky in Melbourne to have extensive parklands all along the courses of the Yarra and its tributary creeks!

This entry is part of the Weekend Reflections meme, check out the links there for some excellent... reflective photos. 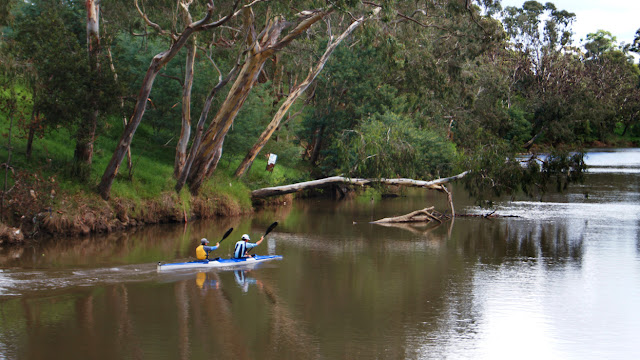 Posted by Melbourne Australia Photos at 04:20